Governor Dr. Tamilisai Soundararajan has appreciated the performances by the Sri Lanka and Indian artistes who performed at the Raj Bhavan, here, on Thursday.

The Governor said that she was thrilled by the fantastic performances made by the women artistes from Sri Lanka and different parts of our country.

She was responding after watching the performances of the artistes as part of the international and national cultural performances event organized by the Singidi organization in collaboration with the Dept of Language and Culture at the Raj Bhavan.

Referring to the warrior dance performances made by the artistes, Dr. Tamilisai Soundararajan said that women are also entering into the armed forces in a big way thanks to the initiative of the Prime Minister Narendra Modi.

The Governor said that it was a good initiative on the part of the cultural organizations to organize the cultural exchange programmes between the Sri Lanka and India as they share a great cultural heritage.

Reputed artistes from Sri Lanka led by noted artiste Anjana Raja Pakshe of the Kandyan dance fame have enthralled the Governor and others with their breathtaking performances at the Raj Bhavan. 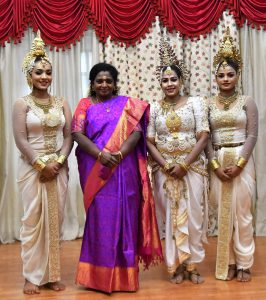 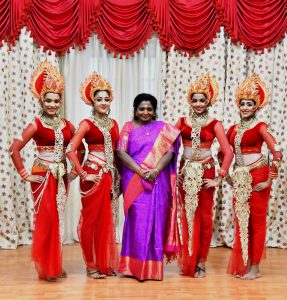