Khammam District Collector VP Gautham explained that (112) number of multi departmental Gram Panchayath level teams have formed and trained to provide all administrative support to Forest Right Committees. Formation of (125) number of Forest Right Committees is under Progress.  District Collector, Khammam said that (10) Senior District Level officers are appointed at mandal, and Revenue Divisional Officers at Division level to supervise and ensure that the action plan is implemented as per the instructions of Hon’ble Chief Minister in the Collectors conference at Hyderabad dated 23.10.2021.

Spl. Chief Secretary informed that Hon’ble Chief Minister desires that all the poor people engaged in podu cultivation must be helped with ROFR Pattas or rehabilitated on Govt.  Land or provided a livelihood scheme.

She congratulated the District Collector and all officers for the excellent arrangements made to implement Podu Action plan and requested to ensure that maximum benefit is given to all the deserving poor. 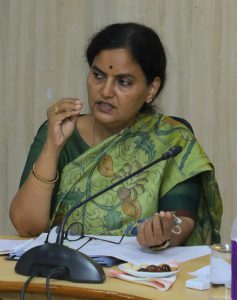 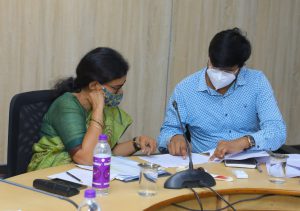 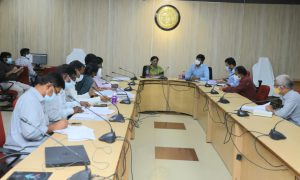